We Make Any Fuel Burn More Complete and Cleaner.

Carbon Emission Reduction is the topic of the times.

Haring laboratories has the solution, Today.

We can do that TODAY, Our technology allows for a more complete burning of the carbon based fuels used in engines.

Europe will cut its greenhouse gas emissions by 40% by 2030, compared with 1990 levels, the toughest climate change target of any region in the world, and will produce 27% of its energy from renewable sources by the same date.

The landmark deal was reached after grinding negotiations dragged on to the deadline of 11am on Wednesday, as warring factions within the European commission and member states fought over whether to water down the proposals.

The EU is now the first to set out emissions reduction targets ahead of a crunch meeting of world governments in Paris in 2015 that will decide a global framework for avoiding dangerous levels of global warming. Every other major developed and developing economy is expected to set out its own binding national emissions target within the next year, for the United Nations talks to go ahead. 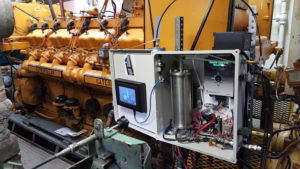 About the Author: Christopher Haring

This site uses Akismet to reduce spam. Learn how your comment data is processed.

You can pay with bitcoin on checkout